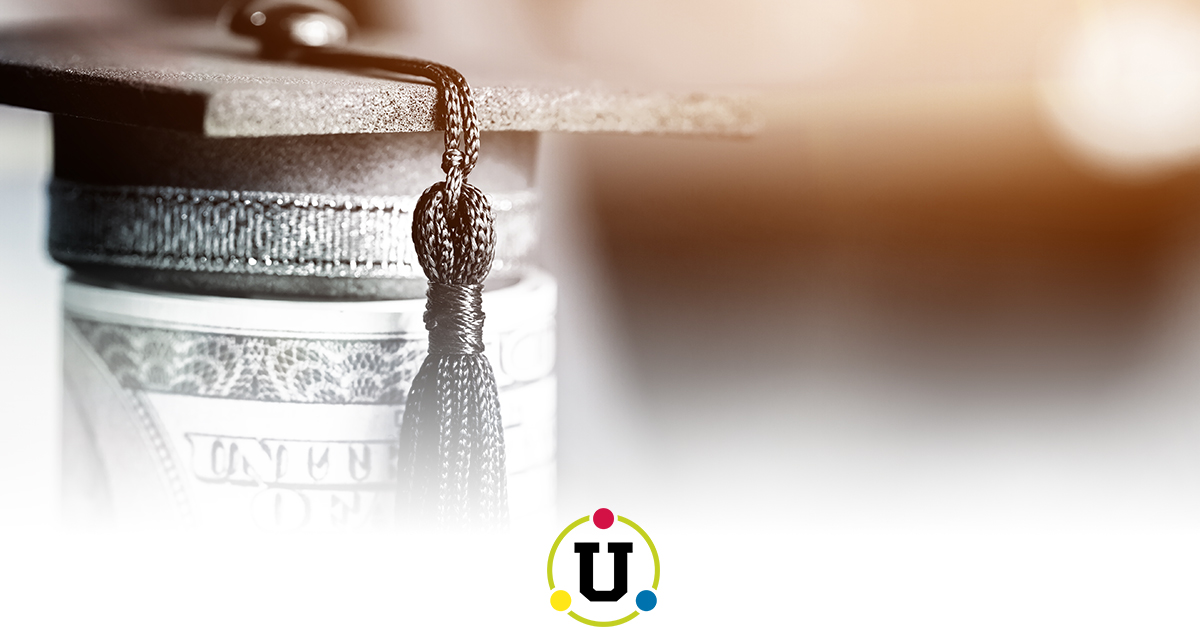 What is the Role of Career Services in Keeping College Affordable?

Keeping college affordable is a problem for anyone connected with higher education career services. We know that the cost of college tuition is rising. It's rising faster than wages in the United States and problems begin when students can no longer pay for college. They're dropping out, they're not finishing in time. This results in a loss of revenue as well as disrupting that young person's education. The biggest thing that I can do - the biggest thing a career services professional can do - is to decrease the number of years it takes to get an education.

What are some strategies for keeping college affordable?

We know that the average tuition varies, obviously, from school to school. The average tuition is around twenty-five thousand dollars. Statistics show that only about half the students in the country finish even in six years. We promise four, but it's often much, much longer. And only a third finish in the four years that we think it's going to take. If we can reverse those numbers, we have half the students finishing in four years.

That's about three million students who are affected and finishing them on time saves each of them fifty thousand dollars a year. That's a huge impact on the affordability of college.

If this is about revenue, wouldn’t the school want students taking more hours – not less?

It's a little bit counterintuitive because we think if a student is enrolled for six years, then they're paying what they're paying for credits. But that's not taking into account the impact of students dropping out. And that's really the problem that we're addressing. If I'm a student and I feel like I can't finish and I'm never going to be done, then what's my motivation for staying? If I'm a parent and I have a child who switched majors two or three times, I'm going to ask if they’re really certain about what they want to be doing.

Parents and students are paying a lot of money for a college education. Parents can take their kids out of school or the student can stop attending. The longer students go without progressing, the more likely they are to drop out.

We're primarily talking about it in terms of once we lose a student, we have lost their tuition. Twenty- five thousand dollars a year and we lose that student as a freshman. However, we've not only lost that that year, but three more years of tuition! This in turn has a huge impact on our ability to attract students. When students’ parents are looking at where does little Johnny or Janey want to go to school, they look at a school’s record of graduating students who graduate in four or five years. So there are future losses as well.

If I can show better numbers than my competitor, I'm going to be attracting more students who are going to be attending my university and driving up my revenue. I keep mentioning revenue. But I also really want to make the point - anyone in career services will agree it’s just about the money – we also want to be setting up our students for success. We want to be able to give our students a college education and then move them into a career where they have meaning and they’re able to live a good life moving forward.

If I’m a career development professional, how do I use this question?

This brings us to the business model for PathwayU. Through the assessments and the feedback that we provide, we can work with students directly, we can work through career counselors, and we can help students find a major that fits them and helps them meet their purpose. And when I'm pursuing my purpose, I persist. I'm in a major where I go to classes and I enjoy those classes.

I'm doing better because I'm studying harder and working harder. And I'm going to be more likely to kind of make the progress that I need to finish my degree. So, the biggest thing that I can do as a career development specialist is to help students figure out what's their purpose and what's the major that is going to get them to their destination career and help them progress in the fastest way.

There's an expression that the unnamed arrow never hits its mark and that unfortunately describes a lot of our students who are in the system and they're taking classes, but they're going absolutely nowhere. We want them taking the classes that lead to a degree that meets their purpose and that is going to get them into a career path where they see value and meaning.

Want to see PathwayU in action? 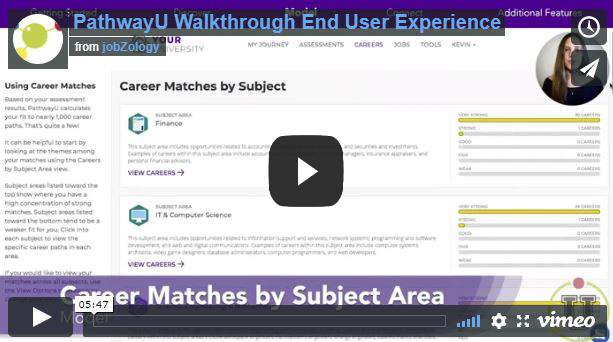 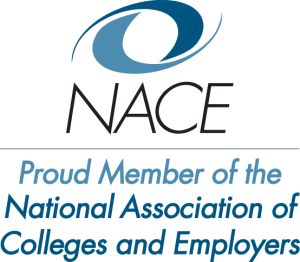